eFoil Etiquette in the Lineup

So it has happened. eFoils and Foil Drive Assists going through the lineup.

Where do eFoils and Foil Drives fit in the lineup hierarchy?

First there were SUP’s, then SUP Foil boards and Prone Foils introduced to the lineup and causing varying degrees of UPSET. This past week it happened at one of the better spots in Northern California.
We have been SUP foiling when the waves are gigantic at this protected, otherwise beginner spot, for the past 4 years. Buoys typically 15+ feet at 18 seconds and Mavericks would be breaking 30+ feet. The knowledgeable beginners stay away, so the foamies clear out and we will catch waves at the halfway point where the wave softens and the short boarders, or better long boarders are about to kick out at the end of their rides. Takeoffs can range from 6 to 12 foot faces so its advanced foiling conditions.

This week I was out and it was big, but not gigantic buoys 12 ft @ 14 seconds. The long period wraps the point inside to where the beginners sit and there was a pack of foamies well inside. I was SUP Foiling and could takeoff on 5 to 7 foot unbroken faces 200 yards wide of the pack. Then I fly wide into the open, unbroken ocean.

I turn for a wave and the eFoil Assist guy 20 feet inside of me says “You going?” Really! You’re going to power OUT into the lineup and then ASK me, as if you are going to SPIN and go!!!

There has to be SOME UNIFORM etiquette around eFoils.

I am not a hater, and there are some outer reefs that a Foil Drive Assist would be great but at this spot it was clear that the eFoilers were NOT advanced riders. They were learning to takeoff deep as opposed to developing good paddle skills and flying wide of the whole world where the entire open ocean would be their playground. Thoughts??

Surfing is to crowded.

Sample video here. Example where we were all getting along. I am the UPPER LEFT most person.

Prone guy was crushing it, flying all over the place, he is pumping out in the opening clip.

Foil Assist guy center top video takes off @ 5 seconds and falls. I then paddle and takeoff @ 10 seconds upper left. Foil Assist guy stands up and takeoff again @ 20 seconds. I cut back and see 2 others on the wave and fly super wide. Prone guy hops back and loops around.

Foil assist guy is porpoising up and down and crashes again @ 27 seconds, I go off screen and back and prone guy flies back out to his friend at original takeoff spot.

I don’t like foildrives in a lineup anymore than you. But I fail to see the problem in that video. Looks like a perfect day to learn how to use it safely. Lots of open space.

Powered crafts will eventually be banned from most lineups due to safety concerns. The problem with the e-foiler’s in your video seem to have more to do with lack of understanding of basic etiquette needed to minimize issues with others in the lineup.

E-foils allow the rider to bypass typical conventions like, hierarchy, furthest out, and Right-of-way while on waves. Maybe a conversation or two with those offending riders would help.

Cowells is technically a 5mph speed zone, so if it becomes an issue, the harbor patrol or lifeguards can ding them for it since an efoil should qualify as a boat… that said, it’s not as bad as last winter when some guys were towing in with a fishing boat there. They were staying wide, but still, zipping up an down right next to one of the most crowded surf spots north of pt conception is bad form if you ask me. Not helping the foilers cause at all and giving ammo to all the surf moms and grumpy longboarders who want foiling banned outright.

I think, personally, keep motors out of the lineup. If you have a motor, you should be somewhere people can’t/don’t paddle.

I had more experience today with Foil Drive Assist in the lineup. In short I am recommending:

1) Foil Assist have to take off WIDER than any other Surf Craft. Never inside of another Foiler or Surfer. If someone is paddling for a wave wider (even if you think they are going to miss) don’t go.

2) If you can communicate with anyone else in the lineup YOU ARE TOO CLOSE. Go further down the line.

Foil Assist permits catching unbroken waves, think a built in Jeremy Riggs. There are plenty of waves just don’t pee in the punchbowl where others are trying to catch waves. Go wide and the whole ocean is free to fly.

The other observation was that the Foil Assist gets people out to the lineup faster. 2x faster than me on a SUP foil, much faster than laydown. Essentially they have a tow team built in and are doing loops. So when they’re on a wave priority rules should change, similar to a foiler when pumping out for their second wave.

I had a Foil Assist guy turn 10 feet inside of me and say “I’ll go in front of you.” I had a 80% chance of making the unbroken wave, but suddenly I was paddling in propwash and did NOT catch the wave. I had caught plenty of waves so not a huge upset but … Mmmmmm!

383 users on this site, its kind of a push to say a post like this would even reach your target audience. Why don’t you post on the foil drive Facebook post. Or better yet just communicate to the foil drive user in question.

Yeah I saw some of the Foil Drives at this spot doing some pretty questionable takeoffs near surfers this week too, kind of made me worried that foiling could get banned there more easily. They should at the very least try to take off where the normal sup foilers are taking off (pretty far on the shoulder) from rather than right by surfers, since they have a paddle and an engine.

Conventional SUP riders must be feeling some relief as the angst is deflected at foilers, and thence to foil drivers and efoilers. Windsurfers at Hookipa encoded rules many years ago.

Zone B is designated for surfing when at least five or more persons (5-man rule) are engaged in surfing within this zone**. No person shall operate a sailboard within this zone within the surf break area. 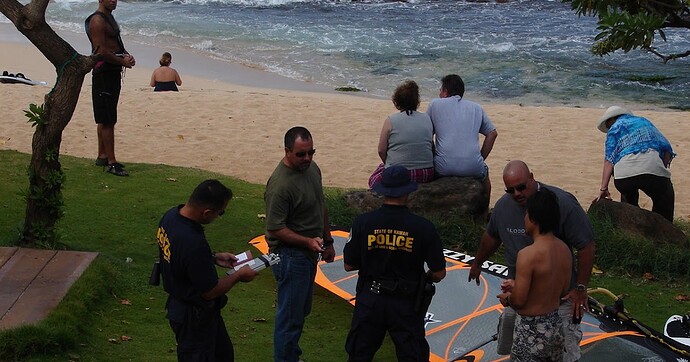 The saddest day at Hookipa

Update 1 to this post. If you haven't read it yet, read the post below and then come back up here. I just received this email from a friend.... 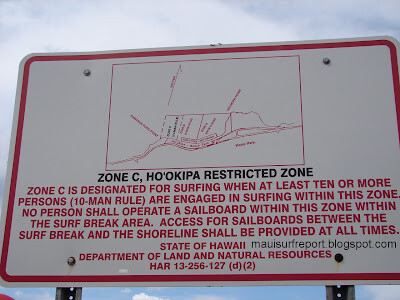 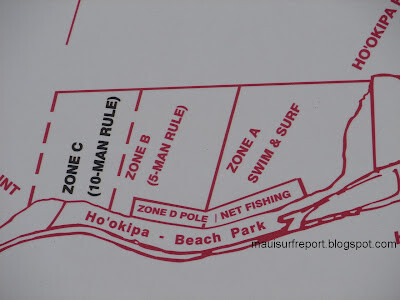 “Conventional SUP riders must be feeling some relief as the angst is deflected at foilers, and thence to foil drivers and efoilers.” Ain’t that the truth. Years ago the SUP’rs got major ***t in our home spot, but now the SUP’rs are giving us foilers the business, “that’s not surfing!”, etc. Particularly since most of the SUP’rs now are the aging surfers, who used to give the SUP’rs crap. And they will soon probably be sup foiling and then giving the efoilers crap. That’s the surfing circle of life LOL.

eFoil Assist guy 20 feet inside of me says “You going?”

Why don’t you both just ride the wave at the same time?