Curious what people think about the 200 surf V2 from Lift. Ive always wanted to try Lift (coming from Axis) and recently snagged a deal on a 200 surf v2 off facebook with the huge 48 surf v2 tail. It sure looks good!

First impressions are that its wayyyy less front footed than any axis stuff ive ridden. Im full forward in my box now. Roll and turns feel great but Pitch stability is nuts. Like way too locked in. So much so that i find it really difficult to pump. It takes a ton of force/effort to alter pitch. This is probably great for someone just learning though. The takeoff is unbelievably controlled and drama free.

Alot of this im sure is due to the giant rear wing and long fuse length. Curious to know if this thing really wakes up with a smaller tail. Is anyone currently surf foiling this with a smaller tail? If so, what tail and how would you rate the pumpability? Pump performance is really important to me currently as im really after a setup that lets me link lots of waves and just maximize time on foil.

Thanks for any feedback!

PS: Im currently designing a 3d printable Lift to Axis tail adapter that will let me try out my smaller axis tails and shorten up fuse some. Will share file once its dialed in.

I’ve never ridden the 200v2. It looked to big to me. I really like the 150surfv2 though. Move your mast way forward if you’re coming from AXIS. (which you already do I see) It’s likely your boxes won’t even allow you to get far enough forward for a lift setup. My wingboard the boxes are to far back for the strap position. I compensate with a slightly wider stance so I can get my back foot more towards the tail. Not an elegant solution but it’s a free solution.

The 150v2 is fine in pump for a surf foil. The long chord is never going to have the glide of a HA wing though. I’ve switched to the ha90 for that reason.

Thanks. I have heard good things about the 150surfV2!

He prefers the surfy edge of the 200 over the pump/glide edge of the HA wings, which I prefer. He thinks the 200 turns substantially better than the 170 but honestly, I’m not sure I agree. We both agree the HAs have better glide, but the 200 can still pump all over the place, even with the 34 surf tail. Better for pumping are the glide tails, I like the 32 for small days when I need extra push.

I haven’t ridden the Lift 200 surf v2 but I rode the Lift 200HA for a while before switching to the 120HA. I’ve mainly used the 32 Glide, 25, Glide, and 26 Carve with both of those front wings on a 4’ 8 board. I had the same experience when I switched to Lift with things feeling way too back-footed even with the mast all the way up in the boxes. I would definitely get some baseplate shims which will bring back some of that front-footed feel. I use the WizardHat system with one shim which works well on my board. Baseplate shims are great to play around with because they don’t change the actual foil but they can still have a huge impact on balancing the foil with the board.

I personally like my foil to be pretty pitch stable but if things are feeling too pitch stable for you then the Carve tail wings might be the way to go. They have shorter fuselages than the other Lift tail wings which reduces pitch stability quite a bit. I’ve only ridden the 26 Carve tail with my 120HA but I found that it was too pitch sensitive for me compared to the 32 Glide tail. With that said, the 26 Carve felt amazing in turns and really drivey while pumping. I wish Lift had a 26 Carve with a longer fuselage and reduced angle of attack.

FoilParts makes a tail adapter for Lift that lets you use other tail wings but it’s kinda pricey. I’ve made some carbon wings with 3D printed cores and you could definitely do the same to make a tail adapter, but if the print will include part of the fuselage like the Lift tails then I wouldn’t do it without wrapping the 3D print in carbon. Otherwise you’ll probably end up with a tail wing on the bottom of the ocean.

200 over the pump/glide edge of the HA wings, which I prefer. He thinks the 200 turns substantially better than the 170 but honestly, I’m not sure I agree. We both agree the HAs have better glide, but the 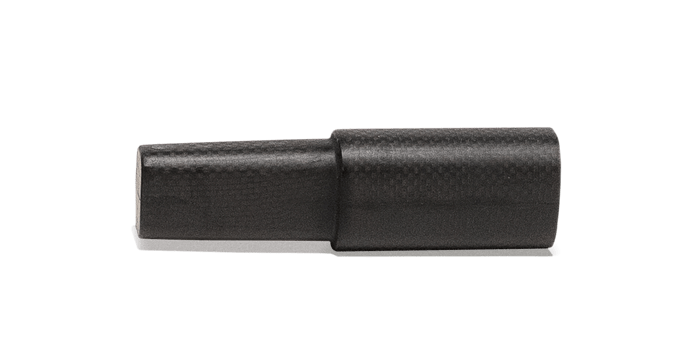 Lift Foils is the original creator of the #1 selling eFoil on the market, shipping worldwide. Shop online or try at our 100+ demo locations.

I have the fuselage extension and I’ve used it with the 120HA and 26 Carve but I’m not a fan. It felt really draggy when I tried it. The added pitch stability was there and it felt like I could pump it forever, but I couldn’t get past how slow it felt.

I’d be curious to hear if anybody has had a more positive experience with the extension. I’ve seen some guys use it with the Carve tails for towing, but they might not care as much about the extra drag.

Thanks for all the great feedback everyone! Good discussion!

Agreed the 440 tail is fricken HUGE and fuse is pretty long. Here’s a pic of it next to the Axis setup im coming from (1000HA, ultrashort, 375 progressive). With the whale tail pitch is so locked in that I just dont feel like I can really pump it well. 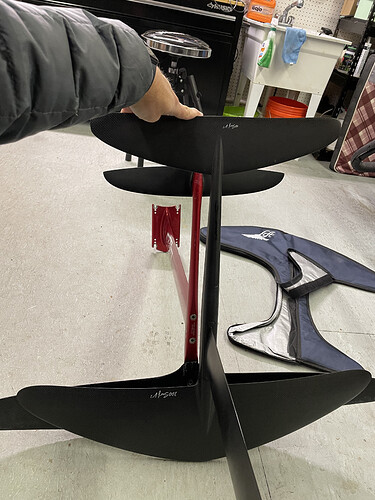 Sounds like there is some hope on the pump front for the 200surfV2. Maybe its not a total dog to pump with the right tail setup.

Does anyone have any smaller lift tails for sale? Preferably something from the glide series?

Thanks for everyone’s input!