Learning to foil set up

Sorry if this has already been covered. I did look but couldn’t find anything.

I have a friend who is desperate to learn to foil and asking what to get. I learnt quite a few years back the very hard way with the wrong foils at the wrong time. What is the best type of foil to learn on now that things have developed? And also what board do people recommend? My friend is a very good surfer, windsurfer, kiter and pretty light. He is only interested in prone surfing in waves.

For the board my recommendation was going to be something around 5L more than he normally surfs.

For the foil I am a bit lost. The local shop sells Armstrong so ideally Armstrong. On their website they recommend the CF, which looks like a low aspect design. Do people recommend going small to start eg 950 CF, or bigger? My issues when learning was keeping the board down, so smaller foil should in theory help that. The I guess once he has his first flights he can upgrade the front wing to an MA maybe to keep progressing?

Any advice on this would be very welcome.

Foil size weight dependent, someone with more Armstong knowledge than I might be able to help you with that info

5L above weight in kilos

For PRONE foil? I say get the foil board that’s the closest to his normal shortboard volume. The +5L could work too.

Where are you? If you’re in the US there are good deals on Mackite. What does he want to spend? I can sell him my lift 28" mast, ha120, ha90, 150surfv2, 26 carve tail if he wants. There’s really no outgrowing that stuff. Use the 150 to learn. Then the 120 and 90 when he wants to pump depending on wave size. I’m in Los Angeles, CA though and shipping all of that might be cost prohibitive. 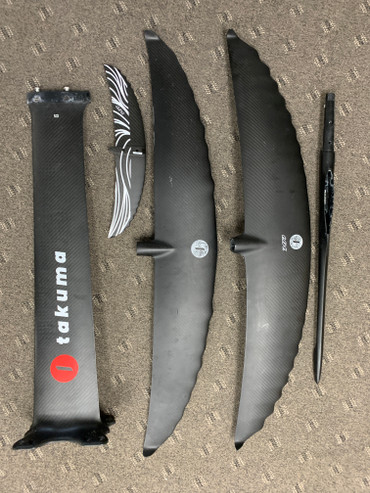 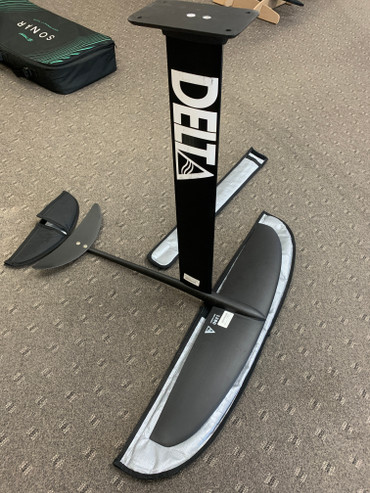 And of course the best deal in foiling is still going on. The m800 is very good. 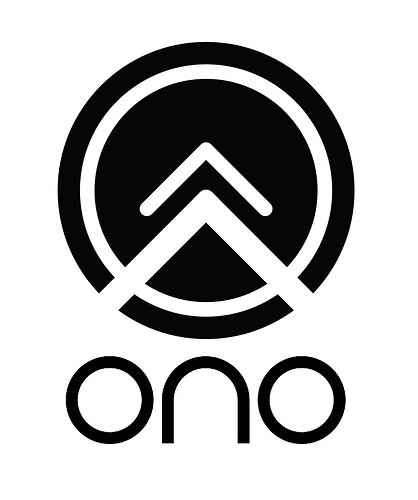 High efficiency hydrofoils and quality foil boards. Ono is from the Japanese Axe and Foil is short for hydrofoil. This is how we get our name Onofoil or Ono Foils.

Thanks for the answer, but unfortunately based in Europe, so shipping is probably too much.

But you are suggesting something like the 150 SURFV2 as a good starting point?

You suggested the Takuma Kujira kit? Do you think that would be OK to start on?

What does the used market look like in your area?

If your friend is a good surfer then a board with similar volume to what he rides and the Signature Game Changer 195 is a great setup for learning to prone.

I just went through it so this stuff is fresh on my mind and I struggled with a few setups. The setup that I finally found that gave me the most success to get as many flights as possible in the first weeks is as follows:

Move the mast all the way back until you can safely avoid flights during takeoffs then start to ease it back over time. Another tip is to get a Dakine floating leash, which gets the leash out of the way most of the time. Although I’d like to be leash-less when possible, I still lose the board and would spend a good portion of the session swimming. The 170 Classic is very stable but very slow so after getting a ton of flights just going straight and pumping a little bit, I moved to the Lift 150 Surf V2 which was an easy progression, then the Lift 170 HA and 34 Surf tail next. Each time I changed wings, the first few waves in the first session required some calibration. I’m 54 years old and weigh 145, my pop up has gotten slower over the years so the 40L board helps compensate for that by making it really easy to catch waves to maximize flight count.

You suggested the Takuma Kujira kit? Do you think that would be OK to start on?

The 1210 would be great to learn on. That’s an expensive setup since it’s full carbon though. You can get a 1210 much cheaper. I sold an aluminum setup for $700 last year.

Thanks for all the advice. We live on an island and unfortunately there is not a great deal of options for buying, which is why Armstrong seems to be the best available option.

Does anyone know the Armstrong range? The CF looks like the low aspect model to learn on. But wondering if going straight to something like the new MA range would be OK to learn with, and then later be good to keep advancing on?

I would go straight to the new mid-aspect to learn on. If he’s buying new, and buying one of the more expensive setups out there. Buy the newest of new. Looking at the range, I’ll guess m1000 to learn on. Just make sure he knows to learn in tiny waves. He may not realize that a 2 foot wave learning to foil feels like Nazare (edited for a European reference). Then just start with the track position slightly behind where you’d like them and creep them forward an 1/8th of an inch at a time as he get’s more comfortable.

The Armstrong HA wings seem to be difficult to master even for proficient foilers, so I’d avoid them for now.

That Cabrinha H1000 and Aluminum Cedrus setup that just got posted on this site would be a very solid option for the price.