Seems as though mast are moving further and further forward, especially for high aspect wings, is this specifically to provide front feedback, and if so, how does it differ from increasing angle of attack from shimming? Thanks!

For me its a few things… I love the front foot pressure and being able to move stance up, this makes the board much smaller effectively and makes the weight feel neutral. The mast being forward allows quicker, more pivoty direction changes. I can go rail to rail faster. And then when you want to hit the foam you can get your foot way behind the mast and have more leverage to break the foil free. I’m going super far forward lately and shimming for less lift. Actually riding plus (Armstrong definition) shim on most setups now with KD tails.

@Erik , I need to go back about fuse length and mast position in you last podcast with @mikepedigo. I try to understand why I feel completely the opposite about mast position and fuse length. I’m full fwd with drilled mast plate for foil and board compatibility, so I cannot move if more fwd and use footstraps. When I use a shorter fuse(4mm shorter), I cannot reach my footstrap, I would need to put my mast more fwd. Do you think, moving with a pull in a wing is different than moving with power of a wave for foil setting? Thanks.

When discussing mast position, I think it’s important to list your brand and what front foil.

I ride lift which needs to be further forward, but have used different mast locations for different foils. From furthest forward to furthest back. HA170, surf 150v2, HA90.

@Hdip, I agree, I also used different brand and they do not have the same lift for sure.

Ok, let me put numbers.
I owned an Axis HPS 980 with a short black fuse and a PNG1150 with an ultra short fuse.
I needed about 4cm with the shorter ultra-short fuse. I thought back then, maybe the black fuse had a different angle of attack or different distance from the mast vs the red?

Now, I do own now, f-one Phantom/seven seas, front wings that I tested back to back with a short, X-short and XX-short fuselages (they are 3-4cm shorter each) and same stab. Again I need about 2-4cm more fwd with the shorter fuselage. I wonder if wingning provides different output on foil vs prone foil

[Alternative Theory]
When using a high aspect killing device, having the mast as far forward as possible ensures its directly lined up with your face and chest. The easiest way to confirm test this out is to hit foam.
This is considered a small price to pay given the promise of pumping just a wee bit further!

Yes, winging is way different unless you’re flagging the wing and wave riding most of the time. Having the stability of the wing makes foot placement and mast placement less critical, IME. I usually use a different board and longer mast so direct comparisons are harder to make but have used sinker boards enough to experience this.

hey Hdip. I am riding Lift too. Headed to Chicama soon armed with my 120, 150 and 200HA. just ordered the 26 carver tail to see how it works vs my 32 glide. i’ll be foiling and winging it down there. have you tried the shorter fuse yet for Lift like the carver? If so, what do you think about mast position with the shorter fuse? my instinct, was a touch back vs. the longer…anyone else have any guidance? thx

The 26 carve tail has more built in shim, so you’d probably move the mast towards the tail about an inch. You’re going to have the time of your life. I think the HA wings will work better winging on the long walls of Chicama. That 150 surfv2 is so fun though. I’m jealous. I’ve been to Pacasmayo once 20 years ago before foils or winging were a thing. Had the longest waves of my life. I would definitely go back for a wing trip.

For winging if there is enough wind I prefer to ride the 90. But if the wind is light, the 150 is easier for me to get up in lighter wind.

awesome! thx so much… i haven’t gotten the nerve to try the 90 yet - but I guess that will come. this is my 2nd Chicama trip this year. blew my mind. We hit Pacasmayo one day but had no wind, so I actually surfed…fun to be a surface rider again

- not sure what you weight, but i am sporting about 190lbs

I’m 170. If you have the power in the steepness of the wave (wave height doesn’t matter as much) or wind power, 90 is great fun. Super comparable to the 150surfv2 just has that high aspect, low drag slipperiness to it.

Might as well mention it here. I have a 90 for sale actually, I’m in Los Angeles. Would consider trading for a 120 for the gutless days.

Excluding flights, the guy I go with is charging about $4500. Covers a lot. Thx for the trade offer. Gonna stick with what I have now. Just scored a NoLimitz mast.

Cool question, for me (riding Kujira’s so not really HA) it’s been a natural progression to keep moving the mast forward - sure you could just shim the stab or mast for more lift but from my experience doesn’t turn as well.

Ridden quite a few foils, making me good at none of them…

But my mast position from furthest forward:

I like a lot of front foot so I probably run most further forward than recommended. But, I have been making an effort to move my stance (and me) further back on the board to get a surfy-er feel.

Do you think Kane’s balancing a board and foil is still relevant. It seems to work well for me. I have a new board from the same brand and the previous board balance right at the from and the new one right at the back of the boxes. That made me a little nervous and did not want to screw up first session. Using Signature Foils and Fanatic prone boards.

Yes, it has a lot of relevance still. The problem is it’s hard to balance up tiny prone boards. For SUP it’s becoming huge again. If you balance up a SUP board and then go on a downwind run, you won’t have to move your stance the whole run. (Disclaimer: I don’t SUP, just consume a lot of content)

Look up center of lift vs center of gravity. You’re trying to get those two things aligned or very close to aligned to be the most efficient you can be.

Thanks Hdip - yeah my wing board balances pretty easily but it is much hard on my new 25L 4’2. I will look up center of lift vs center of gravity. Cheers.

An article on it.

Why Does CG Location Affect Your Airplane's Performance? | Boldmethod).

A tool to drag around and see the effects of the locations. 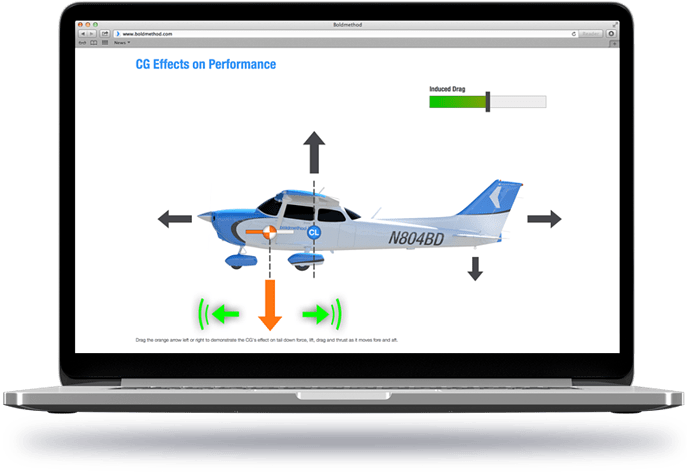 This free, interactive diagram helps you show your students how forward and aft centers of gravity affect performance.

I would appreciate some input on this subject. I’m riding a gofoil GL210 with 20" tail in Hood River. I feel like I need a ton of front foot pressure and also need to move back foot forward when I get on foil. I periodically have been moving my mast further and further back on my Takuma 110 board but still breach when I neglect to put a ton of weight on front foot. Its really hard to ride without feeling completely on edge. Any tips???