Takuma stock fuse - holy sh!t this thing is heavy. Has anyone modified theirs?

How much does weight factor into things?
I just got my first Takuma fuse, and it looks like a medieval battle axe. Has anyone taken some material out of theirs to lighten it up?

I was thinking about taking a trip to the local machinist and having them drill out 1/3 of this material. What do you think?

Which fuse do you have? The previous generation fuse (m6) was not that heavy. Is the m8 fuse a tank?

I use a Stringy fuse which is heavier than the m6 version, but the weight is a small price to pay for the more solid connections.

I’ve heard about the “stringy fuse” - but never seen one - got any links?

Not much of an online presence. Here is his site:
https://www.jimstringfellow.com/Site/home.html

I use it because its a direct m8 mount (no adapter) to my Cedrus mast. Its also a higher grade alloy and has three different tail positions, both of which are improvements to the stock version. The tail and front wing both connect the same as the stock version (m6) and I have had to shim the front wing connection to make it snug - as it doesn’t improve the design issues with that connection. I really like the look of the new Takuma fuse, which has an m8 mast connection and an expansion component in the tip, but I don’t think it is available unless you buy the whole mast set.

BigWinds has some Stringfellow Takuma fuselages in two different sizes, no idea about weight: 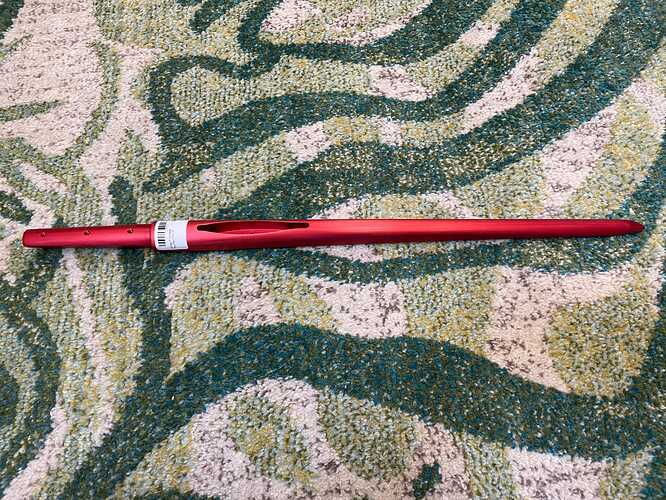 FoilParts has a fuselage that 1/2 a pound lighter but 4" shorter (on sale this month): 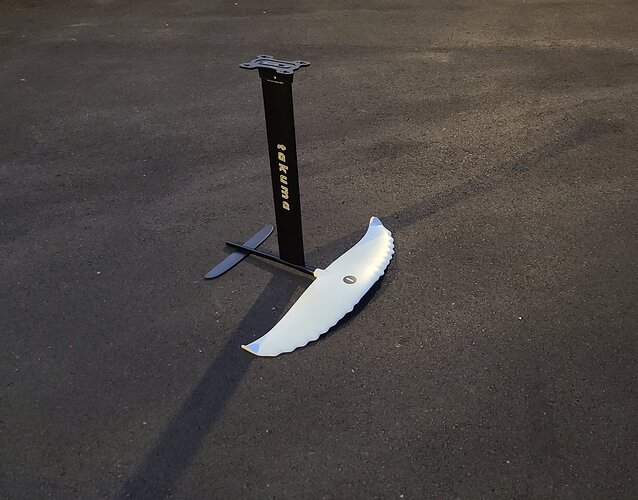 Our Custom Takuma Fuselage fits flat bottom mount tails, but also comes with our Takuma shim if you want to run the stock tails. It is 1/2 pound (225 grams) lighter than the stock fuselage and is 4” shorter, with tail positions up to 7” shorter than...

Just got the new takuma fuse m8 and its way lighter than the previous m6.