I’m 155lb. All my foil gear is Lift. My wing board is a 95L 5’8 SUP. I’ve tried taking it out a few times to paddle into waves but it’s a horrific mess. I suck at SUP. No experience. I’m at the point prone foiling I can connect 3 or 4+ waves doing shore runners, but am hella keen on getting into a SUP for DW. I’d like to buy something longer and more stable than this wing board I’m falling off. I’ve heard complaints on some of the SUP brands that their boxes don’t allow pushing the Lift brand foils far enough forward.

Anyway, wondered if anyone has a 6’ to 6’6 range SUP they are using with their Lift gear that might be recommended for someone trying to get into DW?

The new sunova dw boards have 14 inch boxes that should help to alleviate this problem.

Which Lift ? If you are talking about 120 or 170, I think it is too small to learn dw even with a long board with box forward. Even 200 is not an easy foil to start.

Yeah, even the ha200 isn’t the easiest foil to “learn” DW on from what I’ve seen guys go through. It is doable, and they are good foils once you learn how to do it. You can make your life much easier using a huge foil to learn though.

@Erik is using a kujira 1440 to DW and he already knows how to SUP. So that should give you a good indication on what you’ll need.

The price to play almost makes it impossible to jump brands. I’ll likely just go the frustration route and see if I can paddle up the 250.

Discussions and classifieds on the Axis foils range. Please limit discussions to the Axis range only. The group is not officially affiliated with Axis.

It doesn’t have to be that expensive if you’re willing to buy and sell as you go from one phase to another.

@bilbless I’m in pretty much the same boat. All Lift gear, though I gave it a shot on a 99L Armstrong 5’11” Wing/Sup with the 200HA on the 32” mast. Result: Not even close on the first two attempts

. Spent tons of time trying to just not paddle in circles. Only SUP’d really big boards before, so the tiny board was definitely a foreign feeling that didn’t help. I’m thinking a longer, faster board like one of the Kalama Barracudas would probably help a lot.

If you’re struggling with standing on a SUP foil board, learn how to SUP first. Knowing how to “check” for balance and draw to paddle in a straight line on one side is crucial and almost always overlooked. Foilers who know how to use their paddle aren’t scared of skinny boards. Find an old race board or SUP surf board and play around in flat water, a half hour dialing in paddle technique will save you over five hours flailing in the chop.

I first tried to learn on a 170HA with a 25tail and struggled. Then I put a 40 tail on and got up really easily. Obviously the 40 is too slow for DW but I learned that the right tail is as important (if not more) than the wing in terms of getting out of the water. So if you’re having a hard time getting up to flight, try a bigger tail first. 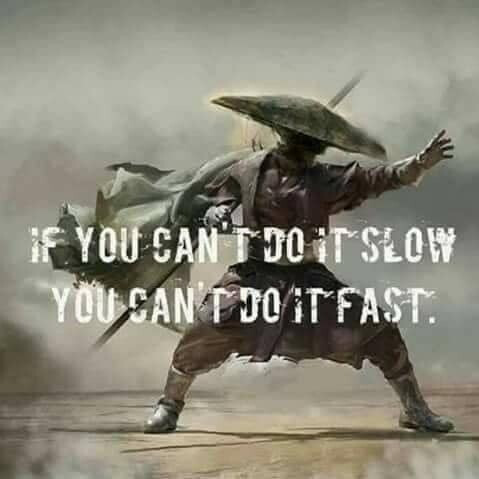 Aloha @Hdip is this setup still for sale? Interested

It wasn’t my sale. Just linked to the AXIS riders facebook. Not sure if it’s still up or not.

About to embark on this journey too and wondering if the Lift170 I have will cut it or whether it would be better to get the 200 or 250. Any thoughts from the experienced lift riders?

just spent today trying to paddle up the 170. am on a new dw board that i just received two days ago as well. didn’t quite get up, but had moments where i could feel i was getting close. i have no sup experience except the last couple of weeks practicing in the harbor and a few times in the surf. i have no idea how much easier the other foils are, but this one definitely seems doable. will update here after a couple of more sessions…

Tried flat water practice (0 sup foil experience here) on the 170 with the extended tail / Takuma 178 and a 32’ mast, E2 Kalama 107L (probably not ideal setup as it’s less than 6ft) and I’m able to get some momentum but don’t feel anywhere close to flat-water starting. I’m going to be practicing for the next couple of weeks to get more efficient and try on some small bumps once we get some wind.

On another note, I talked to TJ at big winds and he said the 200 is likely the best Lift wing to get started but doesn’t think it’s flat-water capable unless you have the right board and amazing technique. I have one on the way. Looking at Jeremy Riggs’ insta, it seems that folks are having most success on the biggest wings (GT 2200, Maliko 280). Has anyone tried flat-water starting the 250 or 200 with success?

I’ve been using the 200ha, 28" mast and a big custom tail (similar to a 40 tail) on the foilparts adaptor and have gotten close to flat water starting. I can easily pop up in small gulf coast waves, though (1ft @ 5sec). My board is the Starboard Hyperfoil 6’4" x 25" @95L board. I think it’s a great size to learn SUP foil. (I’m 150lbs and I had no previous SUP experience, too) I wouldn’t go smaller than 6’2"x 24" if you’re learning. Length and buoyancy makes a big difference for speed(needed for ha wings). Width makes a big difference for stability. Starboard does have their tracks too far back for Lift, though. So if you find a good deal on a Starboard board, just get or make the foil track extenders.

In my opinion, technique makes a HUGE difference, especially if you have no paddle experience like me. Put in the paddle practice time and it will make your gear feel a lot better. I’ve considered getting the 250 surf, but am afraid it won’t really be a useful dw wing, (too slow and not enough glide) It might just make flat water starts easier, which doesn’t seem that helpful in the long run.

I’ve got both the 170 and the 250 surf. They seem about equal paddling up in the chop. Flat water they’ve been equally difficult. Been using the 24" mast for those attempts. Getting up off the water but not gliding out yet. Have been focusing more on the 170 because it’s what I figure on using to try dw runs.

Totally agree on the technique statement. Having 0 experience and now having done a months worth of paddling… obviously I’m still horrible, but not like it was in the beginning.

Of course now the maui guys are doing flatware starts with no paddle or anything so I may burn all my stuff in a pile out back later tonight.