work is definitely a progression limiter. if anyone can find a solution for that…

Limited time in proper surf is my biggest gripe! I’m a 5+ hour drive to open ocean swell, but get loads of wind and windswell around 1-2ft high and occasionally bigger, but usually with super short periods around 3-5 seconds. My improvement with prone foiling is slow going this way, but trying to use local conditions to progress and enjoy the sensation of wave riding at home. Part of this is riding our windswell while winging, but it isn’t providing me with enough speed unless the wind is really cranking, during which I can flag the wing for maybe up to a minute and get a few turns on a wave. I’m using gong veloce 986 sqcm and fluid 1555 sqcm, but thinking I need something higher aspect as these are only around 5.5. Tricky thing is one has to turn super tight to stay on a 3 sec period slow moving wave face without running into the next one. So trying to figure out what high aspect foil setup will allow for super tight turns while being efficient and pumpable to speed to the next bump where my current foils fail to get back up to speed after loosing swell energy. That Onofoil deal looks good, wonder how efficient those are?

Interesting responses. Time is the one thing you can’t really buy. I am 95% retired so theoretically have lots of time to foil (and I do). But wind in the summer in New England is sporadic and prone waves are a 1.5 hour drive away. So I have a boat and wake foil 2 to 4 times a week, then fit in wing and prone sessions when conditions allow. I will be headed south in about a month to live in a van and chase wind, waves and warm water. I have no complaints.

Age is often seen as a factor or an excuse but I’m not buying it. I started wake foiling at 62, winging and prone at 63 and will turn 65 in a couple of months. I feel like I’m 16 again. To people thinking they’re getting old in their 40s, I have advice; stay off the couch and keep charging. I mountain bike multiple times a week, play hockey once a week, skied a lot before heading south to foil, cut and split my own firewood and generally am physically active everyday. I admit I am extremely fortunate to be able to do these things. I hope to be foiling into my 80s. Imagine what the sport will be like in 15 years!

Anyone want to start a foil share program so we can all try the gear that we can’t afford? I feel like there are better set ups out there but I can’t afford to shop around.

If you’re in Southern California we’ve got Cloud IX, AXIS and Unifoil reps. Plus thefoilshop does demos. Pretty nice honestly.

Oh and before you say get a wing. There are so few pointbreaks where you can actually wing in waves. I do wing, but then you get 5 wings on one pointbreak and you’re starting to need an air traffic controller to keep order.

Ha! was just about to write “get a wing”. Here in SF we have the (in)famous “Fort Point”. I’ve counted 20 riders on a good day, often including a sprinkling of kiters and a windsurfer or two. Hectic!! Ditto on the beach break challenge - Ocean Beach is welcoming 95% of the time, and beginner central - Pacifica - way too crowded. Still, there are plenty of days during windy spring/summer season when there’s wide open space and waves to wing inc. ships and ferries

How tf does a wing get past the bar at OBSF?

Good question. I’ve only efoiled on big days riding around from China Beach. Smaller days I’ve SUP (with foildrive) and prone foiled … or at least learning to. More luck north at Dillon Beach though yet to attempt winging there.

I was having a rough couple sessions just having a hard time with consistency. I was getting bucked off and breaching almost every go. But today for some odd reason I had a great session. Pumping getting speed and even consistently making my way back out to the ocean ( not far enough to catch another). I am so stoked and fully losing my shit on todays sesh. What I am getting at is with every bad session something is learned to help the next session. Anyway I hope this helps someone that’s bummed out about not progressing. This foil shit is not a cake walk.

“Progress is non-linear” is one of my motto’s. Whether it’s culturally, or individually, if graphed it’s not a steady slope. With child development in particular regressions precede progress. Today I had a disappointing session, but in a way it gets me excited since I know I’ll have a killer one in the future. At least that’s how I cope!

I think it is often so much about conditions and probably a lot about expectations. My sessions seem to be bi-polar. I will wait for the right conditions, and have an epic session where I feel like I am ripping like Mr Bennetts (obviously I am not). I then get super over-excited for the next session, go out when probably its not suitable and normally have a total shocker, not catch a single wave and come back to the beach with my tail between my legs. Then the next session I will be expecting nothing, and normally it turns out well again!

But in my experience when something proves to be more difficult and frustrating, its usual when its the most rewarding and leads more to longer term enjoyment.

Seaweed. Winter swell churning up some weeds, which do not mix well with high performance wings. Feel for anyone with consistent weeds

My session today was like the second or third time he lands back on the steps. This is such a great demonstration of progression. 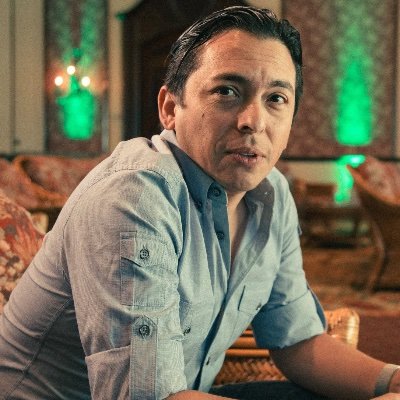 1- Why are foils so pitch sensitive on the wave? Is this necessary?

2- Why is turning such a pain? Need to nurse the foil through turns (primarily due to 1)

These are my general frustrations from the past few sessions

Epic clip, anyone else flexing their core to help him get back up?

Agree on the east coast comments. Eastern NC is fantastic especially in the “cold” months. So many options. Low cost of living. Last three sessions my buddies and me were the only humans on the beach for miles. As for the cost of the sport, definitely a challenge but I just buy the vast majority of my gear used. There’s so much used gear on the market now it’s crazy and if you’re ok with not having the latest and greatest it cuts costs in half. May not be as efficient as the brand new gear but not long ago, last years models were cutting edge. I’m also not good enough yet to be limited by gear

I’m just focused on airs and critical turns. SUP, strapped.
Currently, after a couple of close calls and cutting my finger to the bone with a knife-sharp tail; I believe we need more friendly tails.
I have been ending cutting and sanding every tail and front wing I owned and the difference is minimal.
It’s just a pain to do this to new foils, we do not need sharp race foils for surfing.