I’m searching for the best GPS watch for Downwind and Shorerunners. I’ve heard the Apple Watch has issues with battery life. I know there are several options on the market. Any advise?

I have a 2 year old Apple watch SE, I use the Dawn Patrol App and I get all day battery life, including two-three hours of surfing. The tracking app does drain the battery more than expected, but a full charge definitely lasts longer than my legs. A buddy of mine has the new ‘ultra’ apple watch, they’re expensive (like $900) but his has twice the battery of mine and the GPS is slightly more accurate it seems.

Not to hijack the thread but what apps do people use/are some more battery efficient than others?

Satisfied Apple Watch user here. I also hear good things about the Garmin watch but have no personal experience. I use dawn patrol for prone and WorkOutDoors app for winging. Here’s a recent wing session track from WOD:

I’m using an apple watch and haven’t run into any battery problems yet. I’ve had mine for 1yr.

Using Dawn Patrol for surf and downwind, and Waterspeed for winging.

I had a smaller Apple Watch for a while and it had a battery issue that was more of a glitch than lack of capacity. It’d randomly go to 10% or die. My new one last way longer than I do.

Btw I use Watersports Tracker for wing and dawn patrol for surf, and when I get into dw. It’ll be cool to draw more complete lines eventually.

I have been having limited success over the years in getting 2nd hand GPS watches, then killing them. I could have bought a fancy apple watch by now – but maybe I’d kill it too, or lose it. Kite, surf, wing in salt water are pretty abusive environments.

Anyways, a cheap option that does work: an old iphone in a waterproof case, tucked into wetsuit. Surprising, but the GPS works through neoprene. With Dawn Patrol or Watersports Speed Tracker (called something like that).

The safety aspect of the Apple Watch trumps anything else for me. So easy to call for rides and Siri makes it possible offshore. I use dawn patrol. Maybe not the best but easy.

Yep I agree. Its nice to be able to just have a wrist watch on those summer downwinders, and no backpack/life vest with your phone in it. Calls sorted, although I find the signal out in the ocean can be a bit patchy compared to a real phone, but it does the job in most cases.

I use an apple watch ultra with Workoutdoors app. I like this app because every km it will read out my stats - distance, pace, speed. Also for new downwind locations I’ve used the route setting. Its invaluable for finding exactly where you are going, especially a couple bay runs I’ve done where you can’t see the finish.

Garmin Fenix 7 sapphire, new Garmin forerunner, coreos vertix2, and the Apple Watch Ultra are the only ones I know that have the new AG3335M GPS chip. This allows “dual band” tracking which is notably more accurate in water activities.

For surfing/prone I get perfect tracks and every wave identified correctly using my Fenix but with other watches it’s been hit or miss (usually miss).

Battery life is ridiculous I only charge it every few weeks.

Expensive but can find them on eBay now

I have an Apple Watch Ultra. Good
enough battery life (I came from a Garmin Fenix 6), sharing location is really handy and being able to call for pick up of receive calls from others is great. I use ‘Waterspeed’ for DW and ‘Dawn Patrol’ for surfing.

I’ve been using an Amazfit Trx 2, it has dual band gps with 1hz refresh and so far the tracks I’ve looked at seem spot on with no cut corners or speed spikes. The HR monitor seems to be pretty good too

The upside is that it’s cheap, $200 or less and the battery goes for weeks if not using gps

I use a fenix 6 with a dedicated profile setup . Especially for the cardio . With alarm at the good range and alarm at the top cardio to know when i touch the limits. 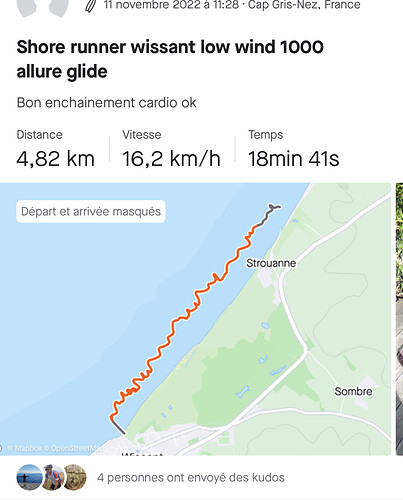