Anyone out there prone foiling on the new sabfoil Kraken? If so whats your setup. How do the new masts compare to stiff masts like gofoil?

Currently I’m on gofoil and probably will stick with them for another winter surf season on the great lakes. Using P180(1350cm2), 70cm fuse and 70cm mast with sabfoil 450 tail.

Never ridden it personally. Here’s Gunnar talking about it for awhile though. 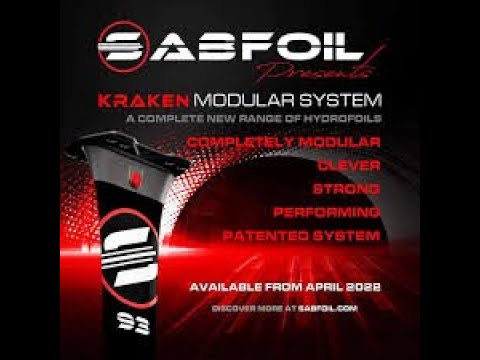 i don’t like the 399 because it locks the foil in turn.

the w1000 has a great speed and glide but is a bit wide to turn correctly
the w940 has good speed and glide with great turning. Really nice to surf but it is a bit hard to pump. i feel i haven’t find the good pace to pump it well.
the 799 is a bit slow but good overall.

the stiffness of the mast is really good and all is really well built.

i have order a slingshot ptm 926 for the small wave and for pumping.

Good video. I really like that new connection. I still windfoil on the old style connection although it is good on the custom stringy fuse. I hear a lot of people having problems with it loosening during the session on the old stuff.

Clemop, glad your liking it. Main reason i wanted to go sabfoil is i already use moses for windfoil and it would be nice to be able to interchange wings for prone. That’s so sweet the slingshot wings are compatible with sabfoil, too many wing options now! I have the 799 and older 720. When switching to sabfoil i would probably look at getting a larger wing between 1500cm2 and 2000cm2 for small 2ft great lakes mush. The 926 looks fun but maybe a bit small for what I’m after. I am also into dock starts so naturally the 1350 would be that wing that could maybe work for small prone days also. Balz makes it look very playful(as usual;).

i left go foil to sabfoil because i am also winDfoiling. So with the kraken i have a tuttle head for windfoil and the plate head for prone and wing. I use only one mast. The 799 is great for windfoiling especially for carving the swell and for jibing!
i am only 62 kg so the ptm926 will be my big wing for prone. I have previously tested this wing windfoiling… and it was really impressive.

I’m about the same weight as you. That makes a lot if sense being able to stitch between DT and tracks on that Kraken mast the compatibility is great. I still run DT in my Windfoil boards but tracks would be nice but not necessary. For prone I used only DT in my 4’8 prone board for my first season but will be using tracks in my new custom prone boards.

What conditions are you in? The 926 is only about 1230cm2. I was surprised on the low end of my p180 gofoil wing(1350cm2) but even it needs some good speed to keep going, aspect ratio is about 8.5. Kinda looks like a little brother to the sabfoil 1350. I suppose a really skilled rider would be linking waves and puming back out. I’m not there yet.

the ptm 926 is really powerfull and efficient with a really nice glide. it will be my wing for knee to waist high surf and for dockstart.
Windfoiling i put always a sailworks flyer 3.9 so the ptm 926 will help me fly in 15 knots and a bit under.

How did you find the w1000 after chopping it down?

i am such an idiot! i shouldn’t tried this incredible wing!!!

MisterBennetts new video riding sabfoil(not sure how to get the link on here?) 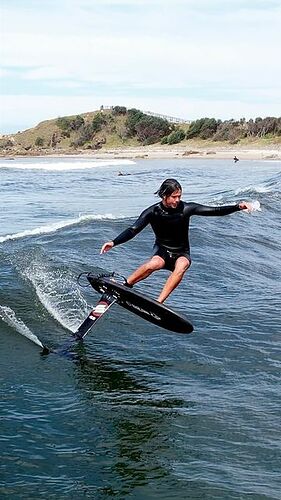