I’m interested in others experience with customizing your foils/tails. Three of Armstrong’s tails come with chop shop lines, and while I haven’t cut any tails down I have been forced to trim some front foils due to damage. My HA925 is now about a 910 and my 1550V2 has the tips trimmed to about 1540 cm2. It is obviously popular to grind off the tips of the 1250 and 1550 to soften the ill effects of tip breaches.

My favorite foil at the moment is a HA1325 that had 4.4” cut off each end, making it about 1150 cm2 and 94 cm span with an AR of 7.7. I did not do this hack (bought it like this) but the numbers appealed to me and it works really well. It turns well, has great glide and pumps like a dream with low stall speed. I’ve been using it for wake, prone and wing foiling.

I am interested in hearing what has worked well (or not) for you?

I haven’t chopped any front wings yet, although I just did a repair on my Naish 914 which might end up getting chopped if it doesn’t hold. I have the Naish 280 and 220 HA stabs, and the 280 chopped is pretty popular, although I am preferring my own custom stab at the moment.

I’ve chopped my 1250HS about 1.8cm and love it, wakefoiling is a blast on it, winging is a bit more difficult making upwind progess, but still plenty of glide making turns.

V-tail chopped - no downside in my experience, feels smoother pumping and can powerslide back end pretty easy.

232 chopped slightly to correct a chip on the tip, keeping as is to teach others, no dramatic changes taking 1-2 cm off, maybe a touch looser.

1850HS will be getting winglets clipped when my 2400 v2 arrives this week. Have been keeping 1850 as a learning wing to teach but at speed noticing some harsh drops, suspect same as 1250 issue and the winglets are ventilating near the surface at speed. 2400 should be the wing I put newbies on now and will provide feedback after some time on chopped 1850

1525HA- I am stubbornly leaving as-is. I just got an appletree wing board, i am hoping there is a marginal increase in responsivness coming from lower end brand. Winging with 1525 I love the glide, but in comparison to my mid aspect 1850 that turns incredible with V and 50, im having a hard time picking the 1525 over it during light wind… would love other wingers feedback on 1525 chopped or unchopped.

I used the HA1525 once and it felt like I was riding a sheet of plywood. I had hoped it would replace the 1850 as a light wind foil for winging. I returned it for a refund. If I had kept it I would have chopped it.

All my favorite armstrong high aspect experiences have been on chopped foils.
As far as I can tell Armstrong runs a fairly aggressive spanwise lift distribution with a relatively high tip loading. They run a fair amount of anhedral and have a high stall speed. This means their effective aspect ratio (span vs stall speed) is extremely high. They have pretty flexible connections and mast.

Chopping the tip on wings like this will reduce loading on the mast and connections by decreasing the tip loading, also making the stall more forgiving and helping with tip breaches. These all work together to make a more forgiving and well rounded wing (for a given span). Downside is loss of efficiency.

The most effective wing chop is to chop square/parallel to fuselage and gently round all hard edges by hand.

Chop at your own risk 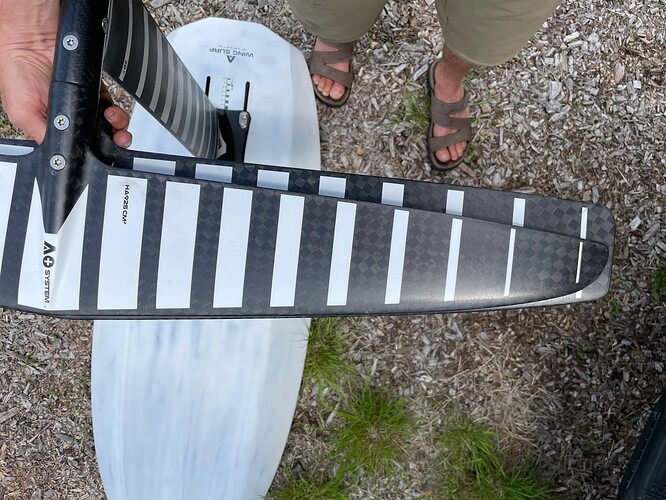 I decided to give in and I chopped my 1525 this morning. I was able to go 1.5 inches in on both sides with no sign of foam. The male/female connections in both wing to fuse and mast to fuse also have play on all my armie wings and masts and fuses, which could also be contributing to lack of responsiveness in a wing of such wide span in an already flexible armstrong rig. There has been a couple ideas tossed around to correct this on FB, for today I used aluminum foil and wrapped the fuse both at the mast connection and front wing connection, this was enough to eliminate most of the play I could see and feel in both connections. I will now look at more long term solutions to combat the play.

I want to put a couple more sessions on it before I can officially recommend it, but first impressions are great. No noticable difference in lift during take offs, dramatically improved responsivness through turns, slight decrease in upwind angles but its barely noticable as far as I can tell. I know a few members have shared success stories taking off 3 plus inches from each side of the 1525, but in favour of efficiency im going to try to take a more conservative approach, ill update this thread if I end up taking more off.

I took advice of @KDW and cut wing in a squared off fashion, looks great. Thanks all for input, this wing has me optimistic again about being a match for what I was looking for when I bought it, the ultimate light wind wing for inland lakes where I ride 95 % of the time. 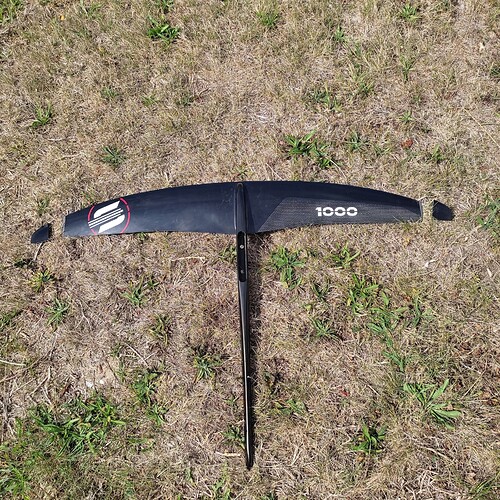 Its such an essential foil for progression, something that still surfs but gives you the ability to progress to quad dips to give you the wave time to dial up your game. With the current armie line the closest options are the 925 which is a small advanced HA or the 1125 which is too massive and extreme for real wave riding.

Anybody chop the tips off of a 1095? Proper chop - not just rounding the winglets. I love the wing and it is very maneuverable for its size, and my only complaint is that the span can be a lot to manage with turbulence and breaching. Wondering whether gains in control/maneuverability (if any) offset the reduction in efficiency.

Because takuma included the 220 tail with a few of their foils, I ended up with a pile, so I chopped two of them at different bumps blunt style. I ended up using the one chopped two bumps in a bunch until I started just using the 178 or kd 13”. I also chopped my 1440 tips, and after the 1210 took a spill I chopped that too.

Here is my chopped 220 takuma at the second lump. And my lightly chopped 1210. 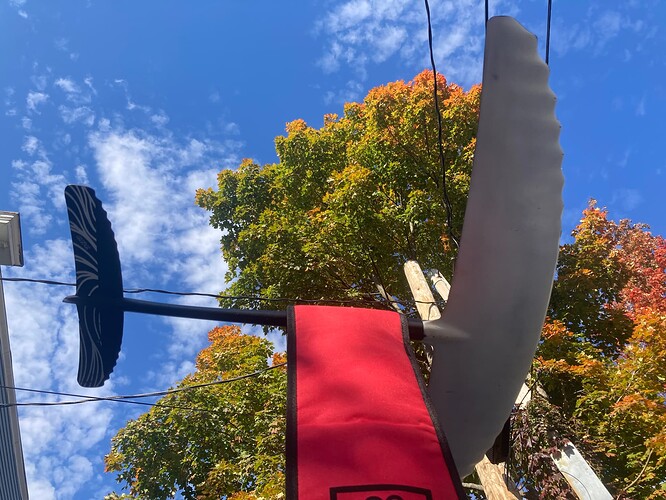