Seen a couple different mods to get a snug fit on the Takuma wing/fuse connection. Epoxy etc…

Someone has likely already posted this method somewhere.

It has been working well so far. It’s adjustable, quick, nothing permanent or messy.

All you need is aluminum can and scissors. 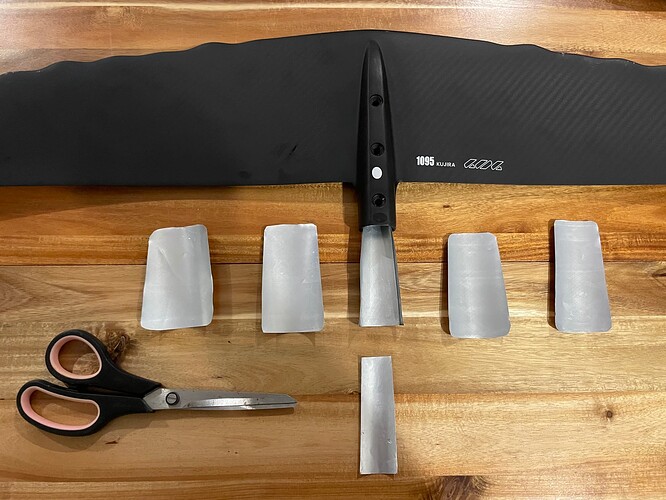 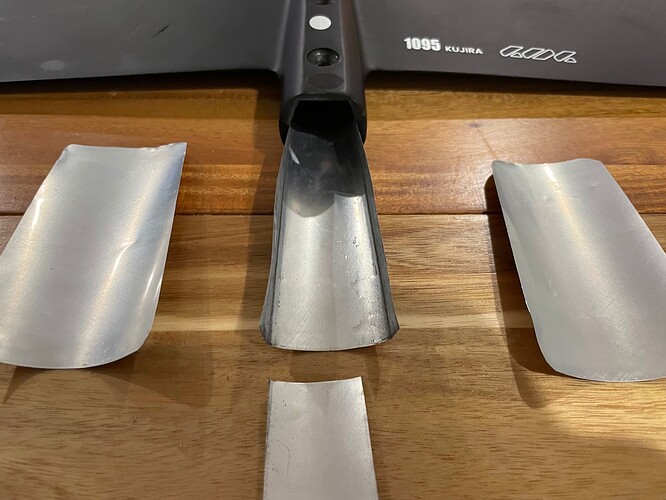 Nice! I’ve been doing the same thing with a variety of material, but haven’t tried a aluminum cans. It seems like almost any rigid material work, as long as it fills up the gap so the wing doesn’t wobble when the screws aren’t in place. I didn’t have luck with tapes, but I think it’s because most of the thickness is adhesive with the tapes I tried. The shimming doesn’t just prevent the wing from coming loose, it should prevent the bolts holding the wing in place from breaking.

Pictured below, Titanium, Zinc, PLA, PEI. Titanium and PEI are kind of nice in that they remain springy so are less likely to fall out, The PLA is 3D printed, so I can use a single piece and taper it to fit, and curve it with hot water. I’m probably going to convert all my wings to use zinc though, because I think it reduces corrosion on the aluminum, the zinc itself corrodes quite a bit (lower on the galvanic scale than aluminum). I’ve been doing some experiments and it seems to help, but these are very poorly controlled experiments and my two fuselages come from different batches. 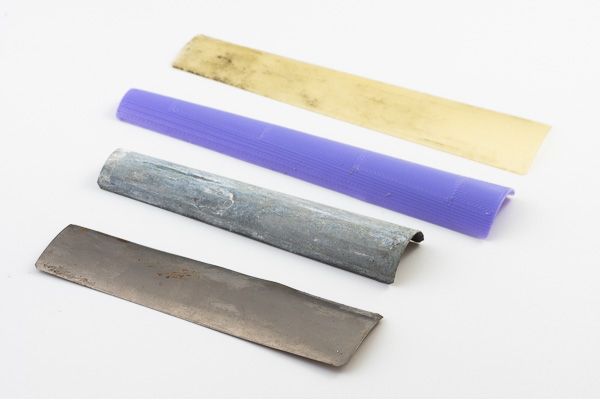 One challenge I’ve found when it’s shimmed properly is the wing can be hard to remove. I just wobble the wing while pulling on it and that’s worked much better than doing anything with a rubber mallet, and much easier to do on the beach. This Takoon video show how to remove the wing by wobbling the mast. I usually do this upside-down and wobble the wing instead - Takoon - Tips to remove the front wing - YouTube

aluminum tape has worked well for me. I stick it in every gap I can on my Axis gear too. Taking up the slack has eliminated any problems I had with bolts coming loose mid session.

How do you do the Axis fuse/doodad with tape? If I tape the doodad then it won’t fit inside the fuse slot. Maybe tape on the inside walls of the fuse?

Adding alu tape to the fuse on the mast/baseplate definitely helped, as did the fuse/wing interface.

I just needed a small strip on the upper part of on side of the doodad. If the tolerances are too tight to fit it, you probably don’t need to worry about it. Its the mast to base plate connection on the aluminum mast that needs it most often with Axis.

Lol, I find it amusing that we’re fixing our $1000+ foils with soda cans and tape to keep them from falling apart.

I just tried the soda can mod on my Axis baseplate, it works quite well. I had one shimmed with 0.35mm plastic on each side, and another with 0.2mm zinc, but I like the soda can approach better. The cans I used were 0.1mm thick, so three pieces folded over fills the gap with 0.6mm of aluminum (0.3mm on each side). That’s enough for it to feel solid without the screws installed. 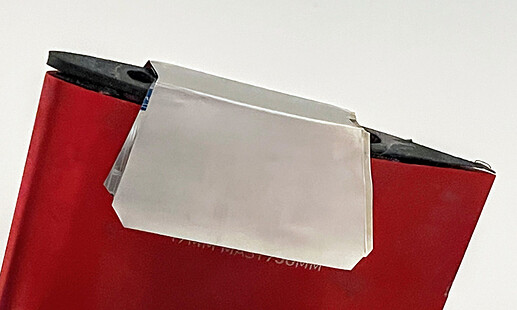 The black plastic piece is a 1.5 degree shim, I shim inside the baseplate and / or the fuselage to remove the angle Takuma builds into their fuses. It’s easier than dealing with the standard baseplate shims.

Is that mast shim any good? Instead of a baseplate shim?

Compared to the standard baseplate shim, I doubt there’s any difference when on foil. It changes the angle at the same place. I also shim at the fuselage, which is nice in that the foil position remains constant with shim angle and mast length. If you tilt your mast by one degree is moves it forward or back half an inch on a 75cm mast, more on a taller mast.

Here’s what I think are the main differences: